“Shoot ‘Em Up” is a sidescrolling shoot-em-up flash game I created in 2012.
You can still play it on Kongregate, if you use a browser that supports flash.

It was an experimental game, in that I wanted to experiment with using the Kongregate-sharing-API to create a sort of co-op game where players play in cooperation with a recorded run of another player.

You don’t need a kongregate account to play the game or to play coop with any of the recorded runs, but if you do have one, you can save your own run and share it with others after completing a level.

For more info on the making of the game, see my previous post about it

Years ago, I made the graphics for the Tacx Trainer Software Virtual Reality (including tools and shaders).
But after about 8 years, the first levels started to feel a bit outdated, so I got the opportunity to revamp the Mediteranian/Italy levels.

The main restriction was that the road-structure had to remain exactly the same.
But we also didn’t want the levels to suddenly become a lot more demanding (hardware-wise).

I made a lot of new vegetation (grass, plants, trees), and new water-, terrain- and vegetation-shaders among other things. 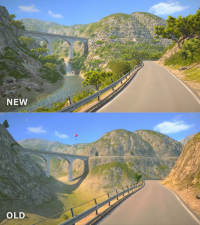 As part of improving these levels, I also created a terrain shader that reduces the vertical UV-stretching that is typical for standard heightmap-based terrains:
(the level itself wasn’t fully finished however, at the time of these screenshots)

WORN EDGES is a tool I created in 2013 that allows the user to generate a worn look (amongst other things) for their props. It is written as a Unity3D editor extension (as such it only works within unity).
I wrote a small post on it when it was early in development, you can see it here.

It works by generating a lot of different maps, which get combined into a single “combined map”, which details the level of wornness for each pixel of the texture. This combined map is in turn used to alter the original, clean, texture.

a simple example of the principle

The tool can create a lot of different maps:

How these maps are created and combined is fully customizable, to create the effect the user desires.
As such, it can create more than just a worn edges look (see screenshot below).

In general, for just a worn edges look, only the 3d noise, ambient occlusion and sharpness maps are used. The other maps are generally for more specific effects (see screenshot above).

The models this tool is used on should have a clean UV layout, without overlapping triangles (although symmetrical or otherwise identical geometry can often share uv-space without a problem). But it can also bake everything to a 2nd set of UVs, for example the auto-generated lightmap UVs (that is often used in Unity3D). As such you can actually also use this to bake multiple textures with overlapping UVs into a single texture that uses these 2nd UVs. 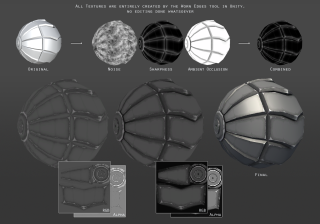 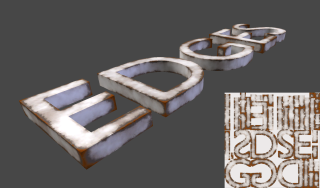 Here’s a relatively recent (at the time of writing) demonstration movie:

and here’s an older demonstration (a bit outdated, but still relevant):
(Unfortunately though, it is kind of slow)

The GoldenCircle Level is the newest for the Tacx Trainer Software Virtual Reality (see my previous post on this software here). It’s the biggest yet, containing more than 40 km of road, in a region of 4 x 4 km.

The level has an oriental theme, and consists of extremely varied Chinese and Japanese scenery.

I created the full Golden Circle Level, the bulk of the work was done in Spring and Summer of 2014. 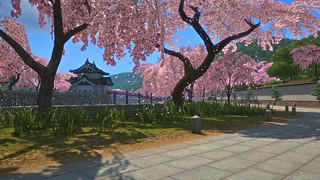 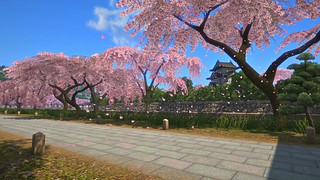 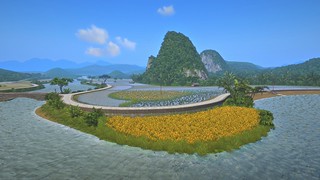 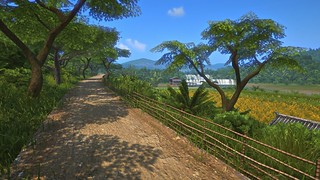 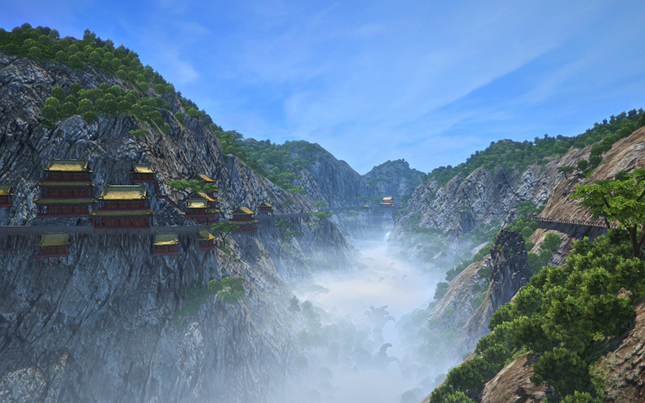 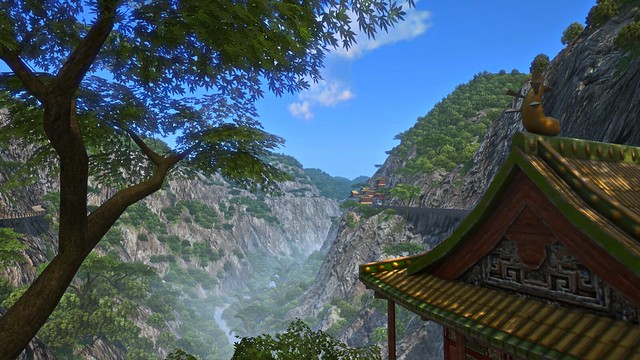 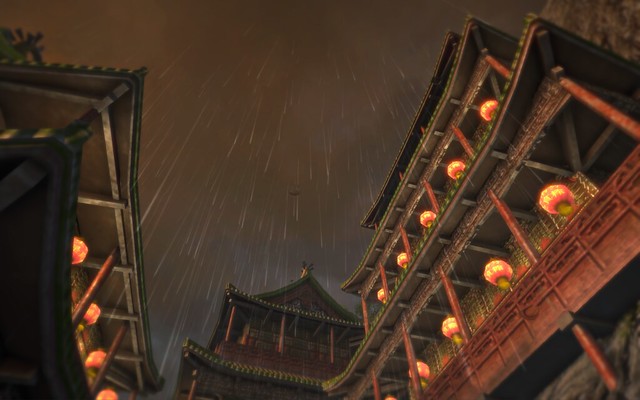 SNOWIFY is a tool I created early 2013 that allows the user to generate thick packs of snow on any prop.
For when a simple snow shader isn’t enough.

It started of as a hobby project; I had just had to make a snow level for work (more precisely, a snowed version of an existing level), for which I had created a couple of simple snow shaders (using the angle of the surface normal to determine snowiness).
But when making that level, I found that in some cases it would have looked better if the snow had a volume, rather than being flat.
So afterwards I came up with an idea to create snow meshes based on the mesh of the object it was resting on, and started working on a tool to do that in my spare time.

Since I nowadays work primarily in the Unity3D engine, I made this tool for use in Unity.

The tool allows for complete control over the snow’s thickness, angle, direction, material, smoothness, and various other settings.
The snow meshes are also automatically unwrapped and textured. 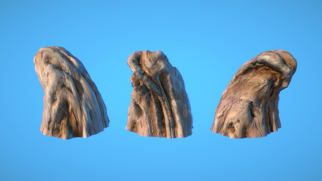 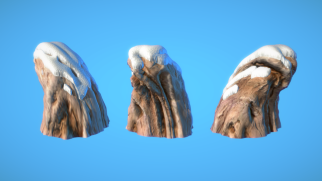 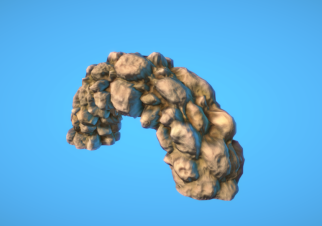 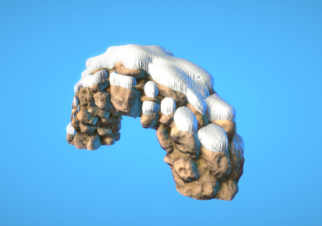 Snowify was used by Hinterland Studios for the creation of their game “The Long Dark”:
http://unity3d.com/showcase/case-stories/the-long-dark
(it’s being listed as one of their favorite packages from the Unity Asset Store)

A robot of my own design.
It is part of a game I’m making on my own in my spare time.

I’ve worked for a little over 3 years now on the Virtual Reality part of the Tacx Trainer Software.

The Tacx Trainer Software (TTS) is software for riding training sessions on a Tacx bicycle trainer, for amateur and professional cyclists.
The Virtual Reality (VR) lets you ride in virtual worlds; terrain, slope and wind info is send to the bicycle trainer, for a realistic riding experience.

For the most part I was the only artist. So I pretty much made every level on my own from scratch.
(That includes the level design, placement, lighting, particle systems, …, and creating almost all off the props)

Initially we started development using GameBryo, but halfway through production, we switched over to Unity3D.

Here are some screenshots from various levels:

Downhill Valley, the first level made in Unity. Most of the vegetation was painted on the terrain, rather than placed individually (unlike the Mediteranian level).

Valeggio, half of the Mediteranian/Italy level, the first level I made. Originally made in GameBryo’s Lightspeed.

Metropolitan, Originally started with a (very basic) 3th party city-pack, but only a part of the street layout and basic buildings remain, as most of the textures and UV’s are completely replaced or redone. The smaller props, like the traffic lights, and the entire park were made by me. (Allthough the park also contains a couple of standard Unity3D trees).

While the orginal male and female cyclist models aren’t made by me, I did make almost all the cyclist outfits (shirts+pants, not the glasses, helmets and shoes), and redid the UV-layout to better fit these dozens of outfits, and created the necessary maps for changing the skin and hair color (and for some outfits, the outfit colors).

I also made all the bikes (currently 3 types), which also have customisable colors. 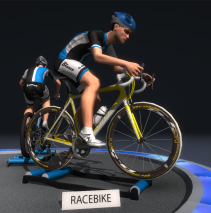